Important questions of Geometry for SSC CGL Tier I In my previous session, I have discussed some concepts related to triangles. Today I will discuss s

Reeves 2021-02-16 Answered
Important questions of Geometry for SSC CGL Tier I In my previous session, I have discussed some concepts related to triangles. Today I will discuss some important questions of Geometry which used to appear in SSC exams. Generally, questions asked from this section are based on properties of various shapes like lines, angles, triangles, rhombus, circles etc.
Ask Expert 1 See Answers
You can still ask an expert for help
Your answer

Example1: ABCD  is a cyclic quadrilateral. AB and CD are produced to meet P. If angle ADC = and , then what will be angle ?

See its very simple question, if you know the properties of geometry. Let's try more examples

Example2: ABCD is a parallelogram and P is any point within it. If area of parallelogram is 20 units, then what will be the sum of areas of triangle PAB and PCD?

Solution: According to the question, figure will be as follows: 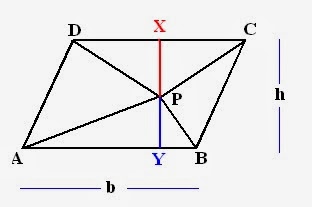 Properties for this question:

Example3: ABCD is a cyclic trapezium with AB parallel DC and AB diameter of circle. If , then will be?

Solution: According to ques, figure will be as follows: 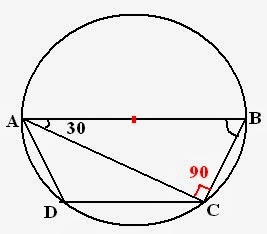 angle ⇒
Example4: Two side of plot measures 30m and 22m and angle between them is . The other two sides measures 24m and the three remaining angles are not right angles. Find the area of plot.
Solution: Figure becomes: Center point of BD = O 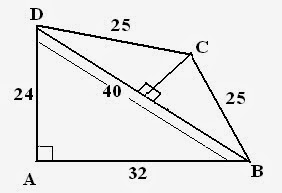 Given that, Therefore, line drawn from C to BD given right angles Also, this will lead to DO = BO
So,
Similarly, using Pythagoras theorem,

To prove: .
Given information:

Angles A and B are vertical angles.
If  what is the

Prove the statements: If n is any odd integer, then .
The proof of the given statement.

For the V vector space contains all matrices. Determine whether the is the linear transformation over the where