sweetymoeyz 2022-07-07 Answered
"Pythagorean theorem" for projection onto convex set
I'm going through the book on online convex optimization by Hazan, and in the first chapter I saw this assertion (which Hazan calls the "pythagorean theorem"):
Let be a convex set, , and . Then for any we have:

It is presented without proof - what is a proof for this? Also, how does it relate to the pythagorean theorem?
Ask Expert 1 See Answers
You can still ask an expert for help
Your answer

potamanixv
Answered 2022-07-08 Author has 15 answers
Suppose x is the closest point to y in the closed convex set K.
If x=y there is nothing to prove, so we can suppose .
The we have that for all (this is essentially the dual problem).
If , we can write , where . Then the above gives from which we get .
Then which is the desired result.
Addendum: To see the first condition, suppose for all .
We have (this is where Pythagoras appears) which gives for all . Since for all , we have , dividing across by t and letting yields the desired result.

Pythagorean theorem and its cause
I'm in high school, and one of my problems with geometry is the Pythagorean theorem. I'm very curious, and everything I learn, I ask "but why?". I've reached a point where I understand what the Pythagorean theorem is, and I understand the equation, but I can't understand why it is that way. Like many things in math, I came to the conclusion that it is that way because it is; math is the laws of the universe, and it may reach a point where the "why" answers itself. So what I want to know is, is there an explication to why the addition of the squared lengths of the smaller sides is equal to the squared hypotenuse, or is it just a characteristic of the right triangle itself? And is math the answer to itself?
Thank you.

Similar Triangles and the Pythagorean Theorem 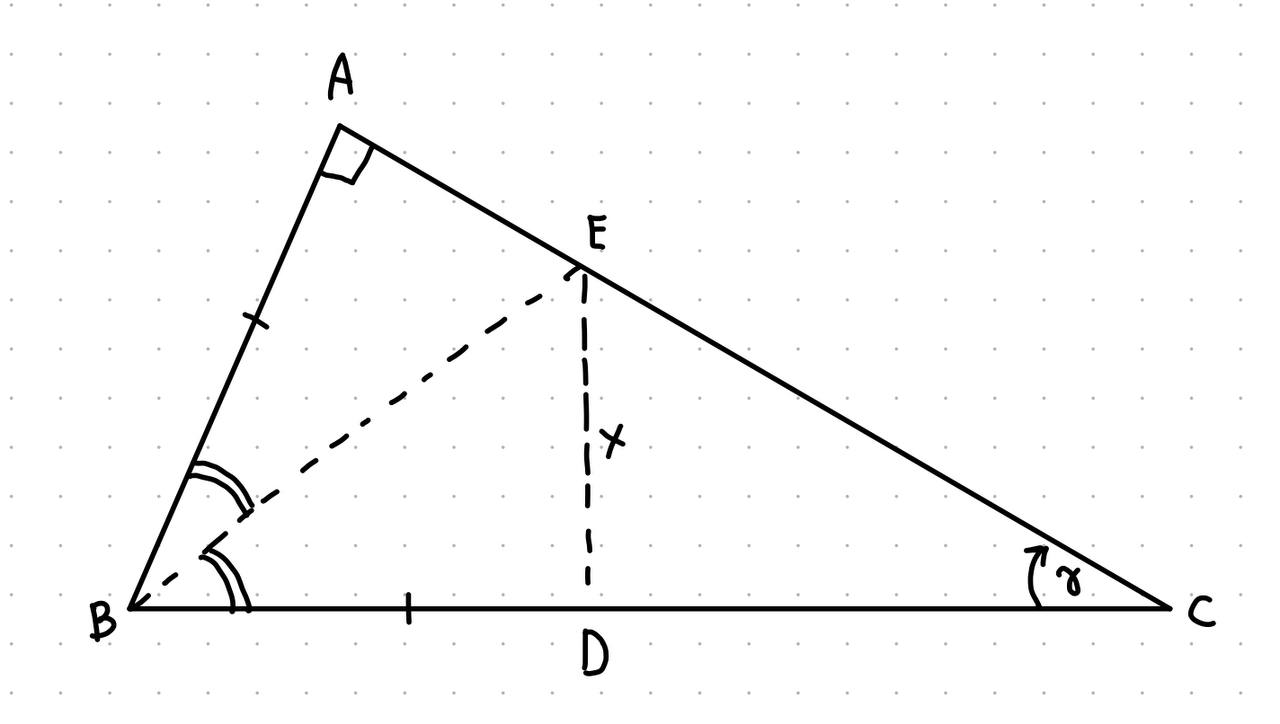 Deduce the Pythagorean Theorem [duplicate]
Let V be an inner product space,and suppose that x and y are orthogonal vectors in V.We also know .My question is how can we deduce the pythagorean theorem in from it.If possible give geometrical views.
Any help will be greatly appreciated.
thanks!! in advance.

Pythagorean theorem in higher dimensions?
When using vector notation in coordinate systems (Cartesian coordinates) we see that the magnitude of a vector in two dimensions is equal to the square root of its Y component squared added to its X component squared (Pythagorean theorem).But the same calculation is done for a three dimensional vector that has X, Y, and Z components.Is there a triangle that has four sides? (of course not, but how does this right triangle formula work for a calculation that involves more than two dimensions?).

Deducing the Pythagorean Theorem from a particular dissection 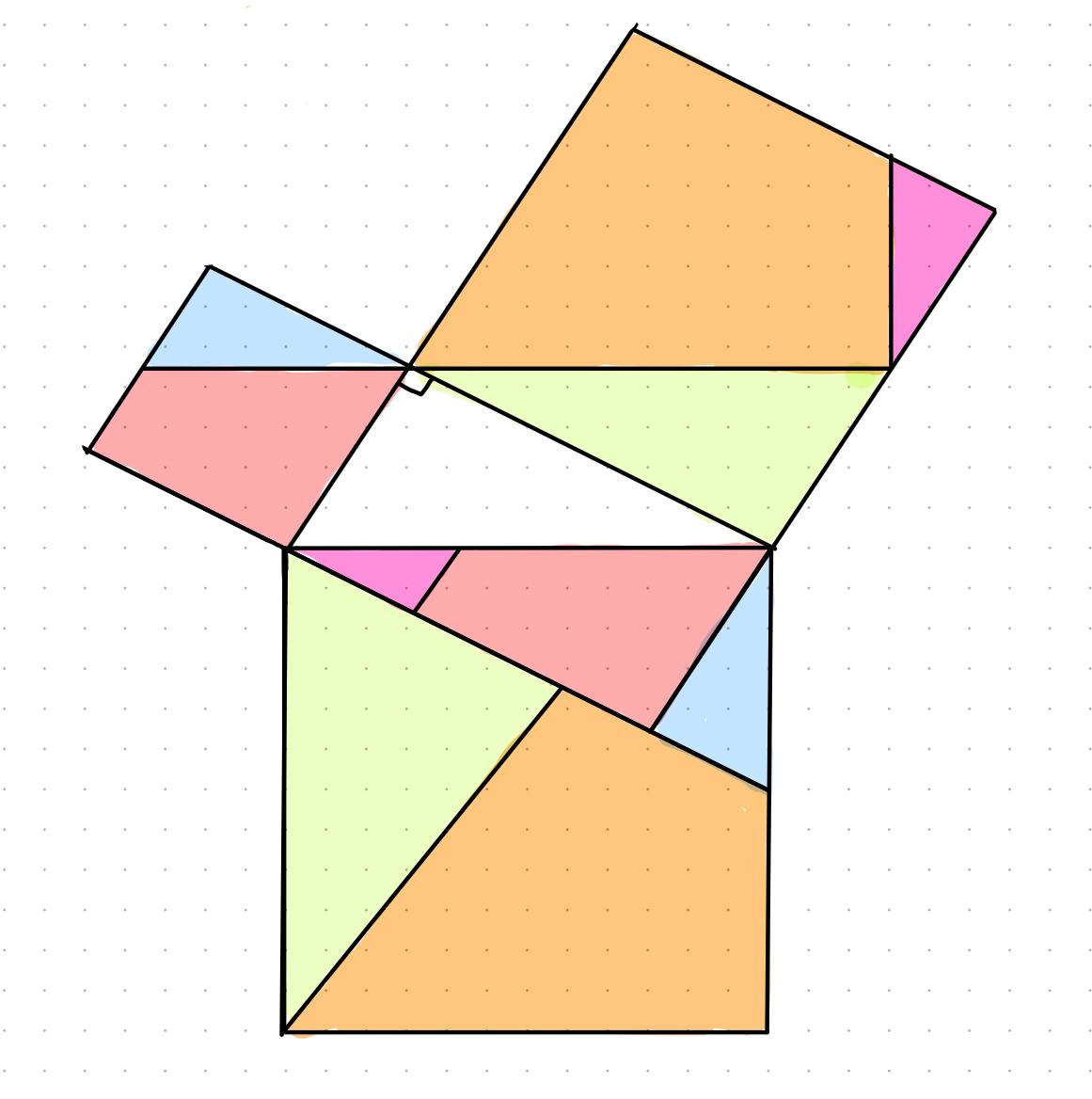 How can I deduce the pythagorean theorem from the follow image?
I have been draw some parallels and I got the figure but I don't know how to deduct, some hint?

The way I've been introduced to determinants is that if there is a system of two linear equations then we can represent the coefficients of the variables and the constants in the form of a matrix.
Now if we plot the matrices on the coordinate system then we will get a parallelogram and if we calculate the area of the parallelogram then we will get the determinant of the given matrix. For eg if A is the matrix then its determinant will be:
ad−cb.
i.e. |A|= ad−cb.
if A=
Now the questions I want to ask:
1)What is a determinant actually what does it tells us about a system of equations?
2)The area found by the formula ad−cb, how is it telling us a determinant? Basically how the area of parallelogram telling the value of determinant?
3)In my book its given that: system of equations has a unique solution or not is determined by the number of ab-cd.What does this mean?
Distance between (-2,2,6) and (4,-4,-2)?
Distance between (8,6,2) and (3,6,2)?
Distance between (2,17) and (-10,25)?
What is the distance between (6,-2) and (-9,13)?
Distance between (-6,3,1) and (-1,4,-2)?
How do you find the distance between point A(-3, 5) and point B(4, -6) in the coordinate plane?
Distance between (7,3,4) and (3,9,-1)?
A certain discrete random variable has probability generating function:
Compute . (Hint: the formula for summing a geometric series will help you expand the denominator)."
How to recognize what type of probability distribution to use in solving probability problems?
Bernoulli's, Binomial, Geometric, Hypergeometric, Negative binomial, Poisson's, Uniform, Exponential, Normal, Gamma, Beta, Chi square, Student's distribution.
I would like to know how and when to use each of these distributions when solving problems in probability. If possible, make analogy with combinatorics (when we use permutations, variations and combinations).