Let F be a field. Prove that there are infinitely many irreducible monic polynomials

Question
Please log in or register to answer this question. 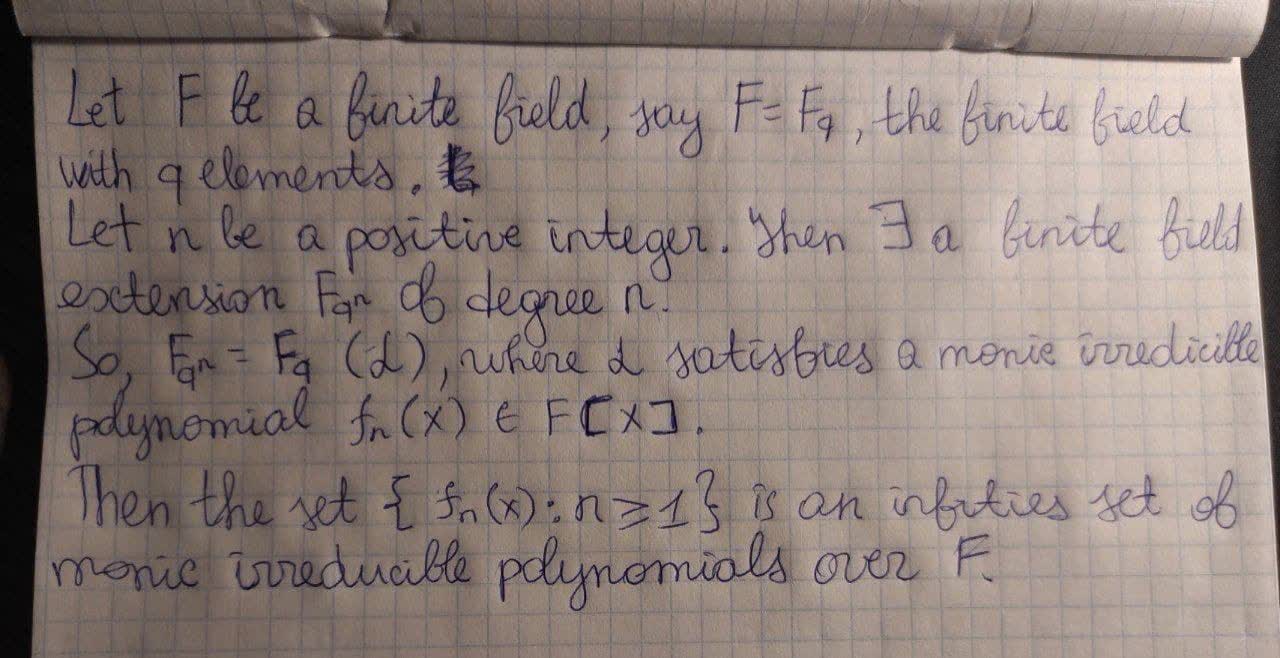 Let F be a field and consider the ring of polynominals in two variables over F,F[x,y]. Prove that the functions sending a polyomial f(x,y) to its degree in x, its degree in y, and its total degree (i.e, the highest i+j where \(\displaystyle{x}^{{i}}{y}^{{i}}\) appears with a nonzero coefficient) all fail o be norm making F[x,y] a Euclidean domain.
See answers (1)

Write down a definition of a subfield. Prove that the intersection of a set of subfields of a field F is again a field
See answers (1)

Let G be a group of order \(\displaystyle{p}^{{m}}\) where p is prime number and m is a positive integer. Show that G contains an element of order p.
See answers (1)