Mathias Patrick
Answered 2022-05-13 Author has 22 answers
Both parts of the expression are "about n" for large n. So, you can separate the problem into finding

both of which are amenable to the relationships you wish to use. 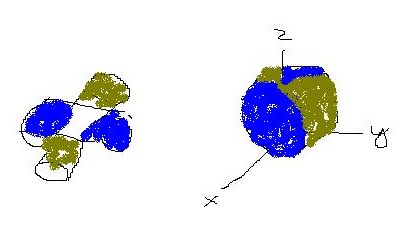 For what is the equation of the tangent line at x=-3?

Antiderivatives: A car is traveling at 50mi/h when the brakes are fully applied, producing a constant deceleration of 38ft/s2. What is the distance covered before the car comes to a stop?
Since the car is decelerating, our value will be negative.
so .
After this point I am not sure what I am supposed to do?

Find the following limits or state that they do not exist. Assume a, b, c, and k are fixed real numbers.

Find the first partial derivatives of the following functions.

I am trying to solve the problem: using implicit differentiation.
My workings:


But the answer says it should be:

Why?
Consider the vector ar (unit vector).
Evaluate the integral

where S is the surface of a sphere with radius r=5 centered at the origin.
Determine and by using vectors such that A, B and C lie in the same plane, given that vector and vector
How do you factor
Let be a complex polynomial of degree
Show that \
If A is a -matrix, while x and y are a vector point with x,y,z. Why is the dot product of the same as the dot product of
(A′ being the transposed matrix)
How do you find the derivative of ?
Thanks.