If the hypotenuse of a triangle is 12 cm and

Brooklyn1wp 2022-02-28 Answered
If the hypotenuse of a triangle is 12 cm and the measure of its legs are in the ratio , then what are the measures of it’s legs?
Ask Expert 2 See Answers
You can still ask an expert for help
Your answer

Step 1
Here is a way to solve without directly using Pythagoras theorem.
Let a, b and c be the side lengths of the given right triangle such that c is is the length of hypotenuse.
Measure of legs are in the ratio
Let
Let R and r be the circumradius and inradius of right triangle respectively.


Not exactly what you’re looking for?

junoon363km
Answered 2022-03-02 Author has 8 answers
Step 1
If the triangle has a hypotenuse, I’ll assume that the triangle is right angled.
Mr. Pythagoras says that the hypotenuse squared = leg 1 squared plus leg 2 squared.


Step 2
Proof:
If both sides of this equation are equal, then the answer is right.

if , find the value of each angle.

Find the height of the triangle g to the nearest tenth. 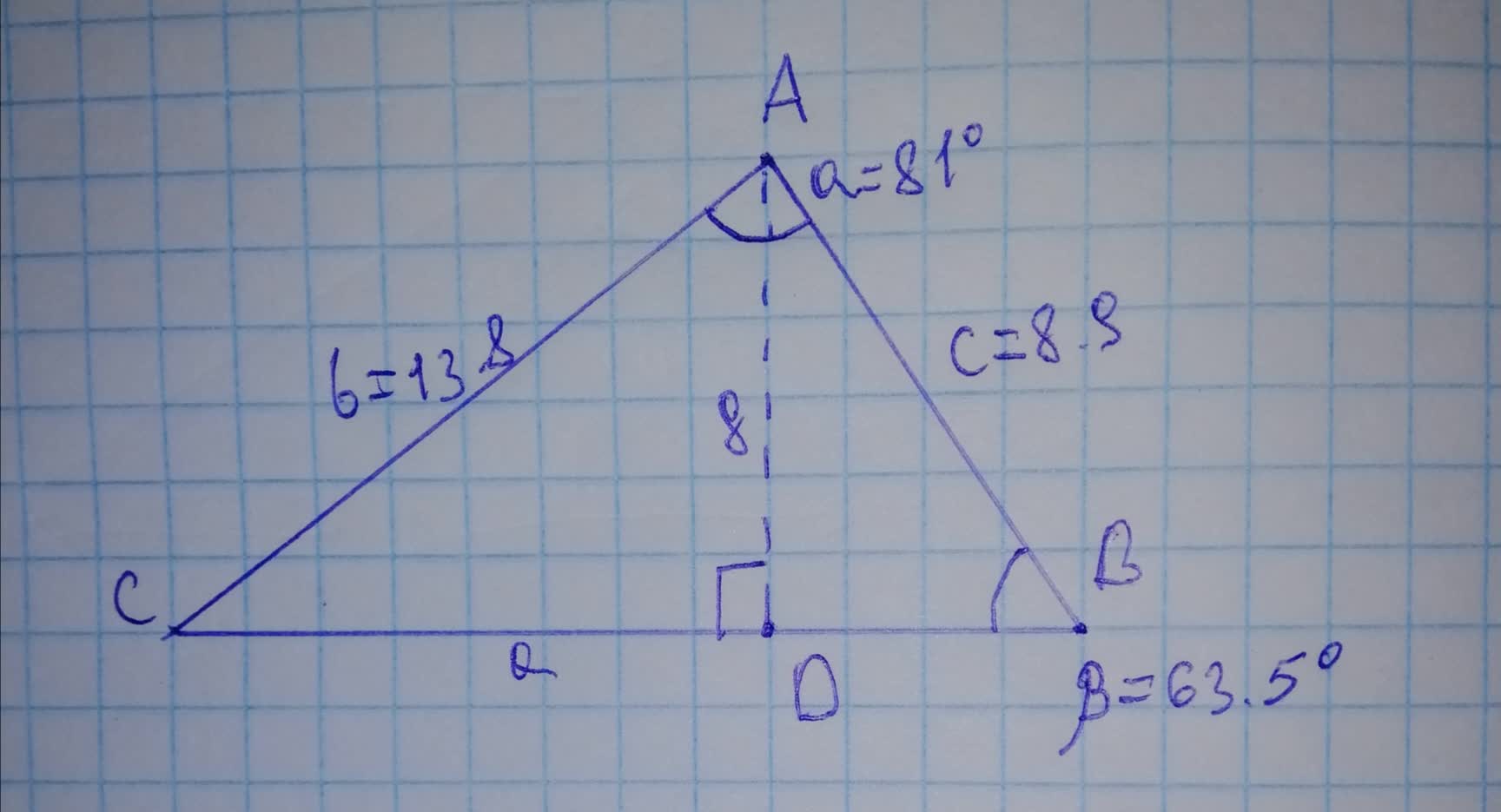 For a rope course and climbing wall, a guy wire R is attached 47 ft high on a vertical pole. Another guy wire S is attached 40 ft above the ground on the same pole. Find the angle α between the wires if they are attached to the ground 50 ft from the pole.

I have a triangle that I know the lengths of all the sides. But I need to know the angles. Needs to work with non-right triangles as well.
I know it is possible, and I could have easily done this years ago when I was in trig, but it has completely slipped my mind.
I'd prefer a solution that I can code into a function, or something that does not require constructing right triangles from it.

Given a rectangle (). Find the angle between the longer side and the diagonal.

One of the largest issues in ancient mathematics was accuracy—nobody had calculators that went out ten decimal places, and accuracy generally got worse as the numbers got larger. The famous Eratosthenes experiment, that can be found at https://www.famousscientists.org/eratosthenes/, relied on the fact known to Thales and others that a beam of parallels cut by a transverse straight line determines equal measure for the corresponding angles. Given two similar triangles, one with small measurements that can be accurately determined, and the other with large measurements, but at least one is known with accuracy, can the other two measurements be deduced? Explain and give an example.
The similarity of triangles gives rise to trigonometry.
How could we understand that the right triangles of trigonometry with a hypotenuse of measure 1 represent all possible right triangles? Ultimately, the similarity of triangles is the basis for proportions between sides of two triangles, and these proportions allow for the calculations of which we are speaking here. The similarity of triangles is the foundation of trigonometry.