For a rope course and climbing wall, a guy wire R is attached 47 ft high on a vertical pole. Another guy wire S is attached 40 ft above the ground on the same pole. Find the angle α between the wires if they are attached to the ground 50 ft from the pole.

A spotlight at a building corridor is fastened to a wall 8m above the floor. A lady 1.75m tall moves away from the wall at a speed of \(\displaystyle{0.75}\frac{{m}}{{s}}\).
a.)at what rate is the lenght of her shadow increasing?
b.)at what speed is the tip of her shadow moving? 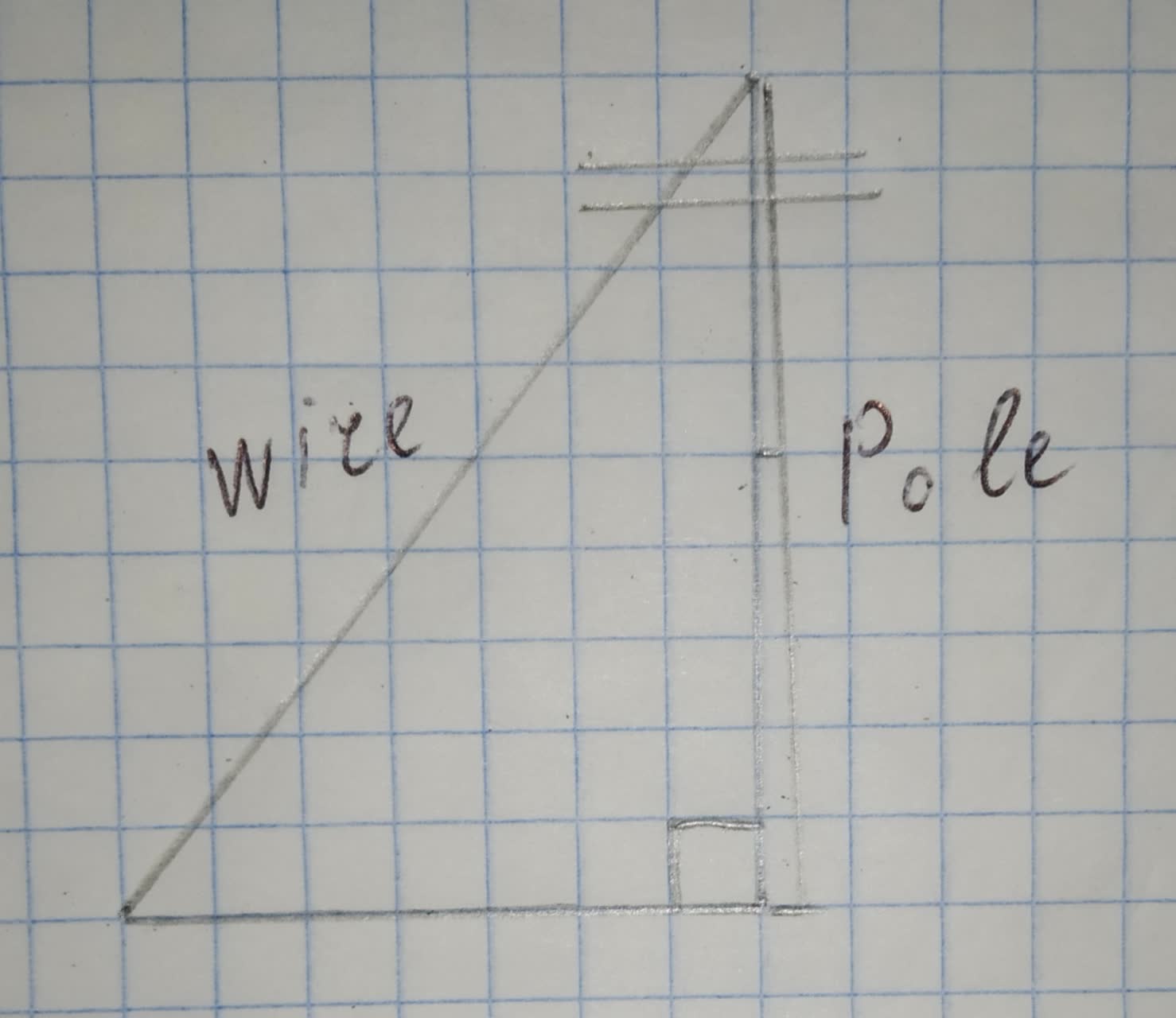 The length of the wire is ? ft, and the height of the pole is ? ft.

A 10 kg objectexperiences a horizontal force which causes it to accelerate at 5 \(\displaystyle\frac{{m}}{{s}^{{2}}}\), moving it a distance of 20 m, horizontally.How much work is done by the force?
A ball is connected to a rope and swung around in uniform circular motion.The tension in the rope is measured at 10 N and the radius of thecircle is 1 m. How much work is done in one revolution around the circle?
A 10 kg weight issuspended in the air by a strong cable. How much work is done, perunit time, in suspending the weight?
A 5 kg block is moved up a 30 degree incline by a force of 50 N, parallel to the incline. The coefficient of kinetic friction between the block and the incline is .25. How much work is done by the 50 N force in moving the block a distance of 10 meters? What is the total workdone on the block over the same distance?
What is the kinetic energy of a 2 kg ball that travels a distance of 50 metersin 5 seconds?
A ball is thrown vertically with a velocity of 25 m/s. How high does it go? What is its velocity when it reaches a height of 25 m?
A ball with enough speed can complete a vertical loop. With what speed must the ballenter the loop to complete a 2 m loop? (Keep in mind that the velocity of the ball is not constant throughout the loop).