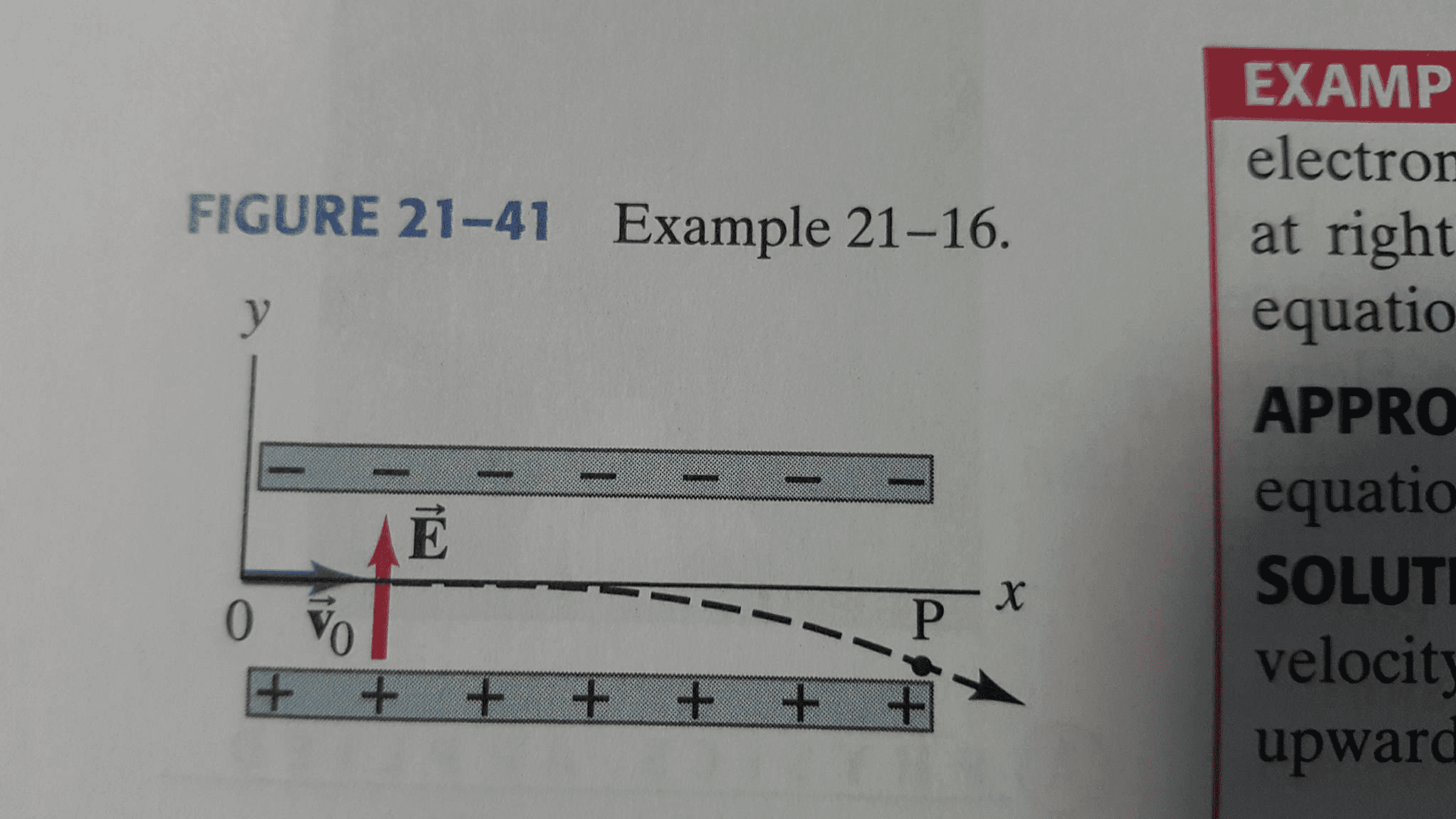 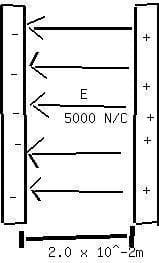 Two parallel conducting plates, each of area \(\displaystyle{0.30}{m}^{{2}}\), are separatedby a distance of \(\displaystyle{2.0}\times{10}^{{-{2}}}{m}\) of air. One plate has a charge +Q;the other has a charge -Q. An electric field of 5000N/C is directedto the left in the space between the plates, as shown in thediagram. (a.) Determine the potential difference between theplates. (b.) Determine the capacitance of this arrangement ofplates.
An electron is initially located at a point midway between theplates. (c.) Determine the magnitude of the electrostatic force onthe electron at this location and state its direction. (d.) If theelectron is released from rest at this location midway between theplates, determine its speed just before striking one of the plates.Assume that gravitational effects are negligible.

Two large, parallel conducting plates carrying opposite charges of equal magnitude are separated by 2.20 cm. (a) If the surface charge density for each plate has magnitude \(47.0 \mathrm{nC}/\mathrm{m}^{2}\), what is the magnitude of \(\vec{E}\) in the region between the plates? (b) What is the potential difference between the two plates? (c) If the separation between the plates is doubled while the surface charge density is kept constant at the value in part (a), what happens to the magnitude of the electric field and to the potential difference?

Suppose electrons enter the uniform electric field midwaybetween two plates, moving at an upward 45 degree angle as shown.What maximum speed can the electrons have if they are to avoidstriking the upper plate. Ignore fringing of the field. Upper plate is negatively charged bottom plate is positivelycharged length of plate is 6cm and distance from top of top plateto bottom of bottom plate is 1cm.
\(\displaystyle{E}={5.0}\times{10}^{{3}}\frac{{N}}{{C}}\)