A wooden artifact from a Chinese temple has a 14C

aspifsGak5u 2021-12-15 Answered
A wooden artifact from a Chinese temple has a 14C activity of 38.0 counts per minute as compared with an activity of 58.2 counts per minute for a standard of zero age. From the half-life for 14C decay, 5715 yr, determine the age of the artifact.
Ask Expert 1 See Answers
You can still ask an expert for help
Your answer

Debbie Moore
Answered 2021-12-16 Author has 43 answers
Half-life of the reaction is defined as the time required by a substance to reach half its initial concentration. It is represented by
All radioactive decay processes follow first order reaction.
The equation for the half-life for first order reaction follows:

where,
k = rate constant of first order reaction
Given value:
years
Plugging value in equation 1, we get:

As part of your work out, you lie on your back and push with your feet against a platform attached to two stiff springs arranged side by side so that they are parallel to each other. when u push the platform, you compress the springs. You do 80.0G of work when u compress the springs 0.200m from their uncompressed length.
a) What magnitude of force must u apply to hold the platform in this position?
b) How much additional work must you do to move the platform 0.200m farther, and what maximum force must you apply?

A 5.00kg sack of flour is lifted vertically at a constant speed of 3.50m/s through a height of 15.0m. a) How great a force is required? b) How much work is done on the sack by the lifting force? What becomes of this work?

Assign a binary code in some orderly manner to the 52 playingcards. Use the minimum number of bits.

Jones figures that the total number of thousands of miles that a used auto can be driven before it would need to be junked is an exponential random variable with parameter .
Smith has a used car that he claims has been driven only 10,000 miles.
If Jones purchases the car, what is the probability that she would get at least 20,000 additional miles out of it?
Repeat under the assumption that the lifetime mileage of the car is not exponentially distributed but rather is (in thousands of miles) uniformly distributed over (0, 40). 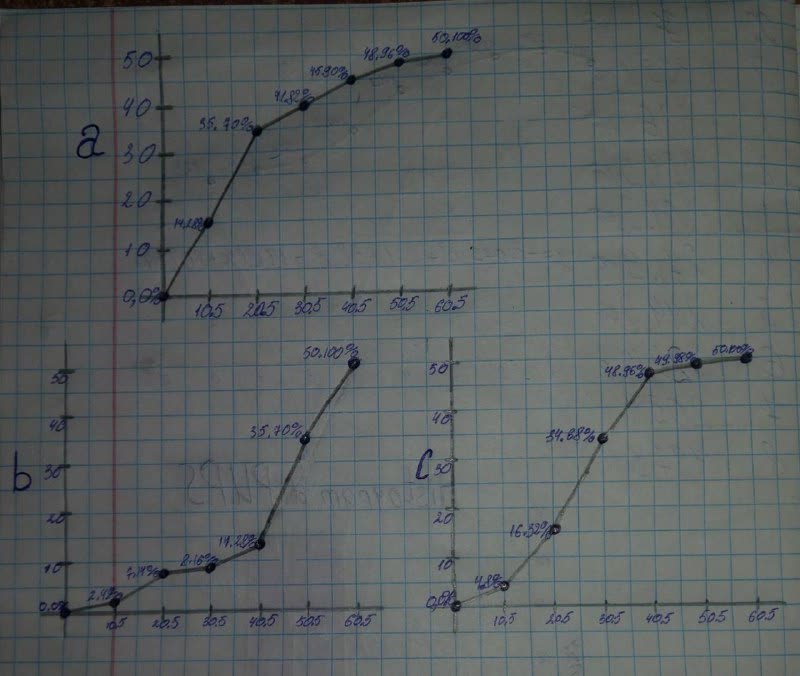 4.7 A multiprocessor with eight processors has 20attached tape drives. There is a large number of jobs submitted tothe system that each require a maximum of four tape drives tocomplete execution. Assume that each job starts running with onlythree tape drives for a long period before requiring the fourthtape drive for a short period toward the end of its operation. Alsoassume an endless supply of such jobs.
a) Assume the scheduler in the OS will not start a job unlessthere are four tape drives available. When a job is started, fourdrives are assigned immediately and are not released until the jobfinishes. What is the maximum number of jobs that can be inprogress at once? What is the maximum and minimum number of tapedrives that may be left idle as a result of this policy?
b) Suggest an alternative policy to improve tape driveutilization and at the same time avoid system deadlock. What is themaximum number of jobs that can be in progress at once? What arethe bounds on the number of idling tape drives?

Any explanation of this problem?