Want to know more about Probability? 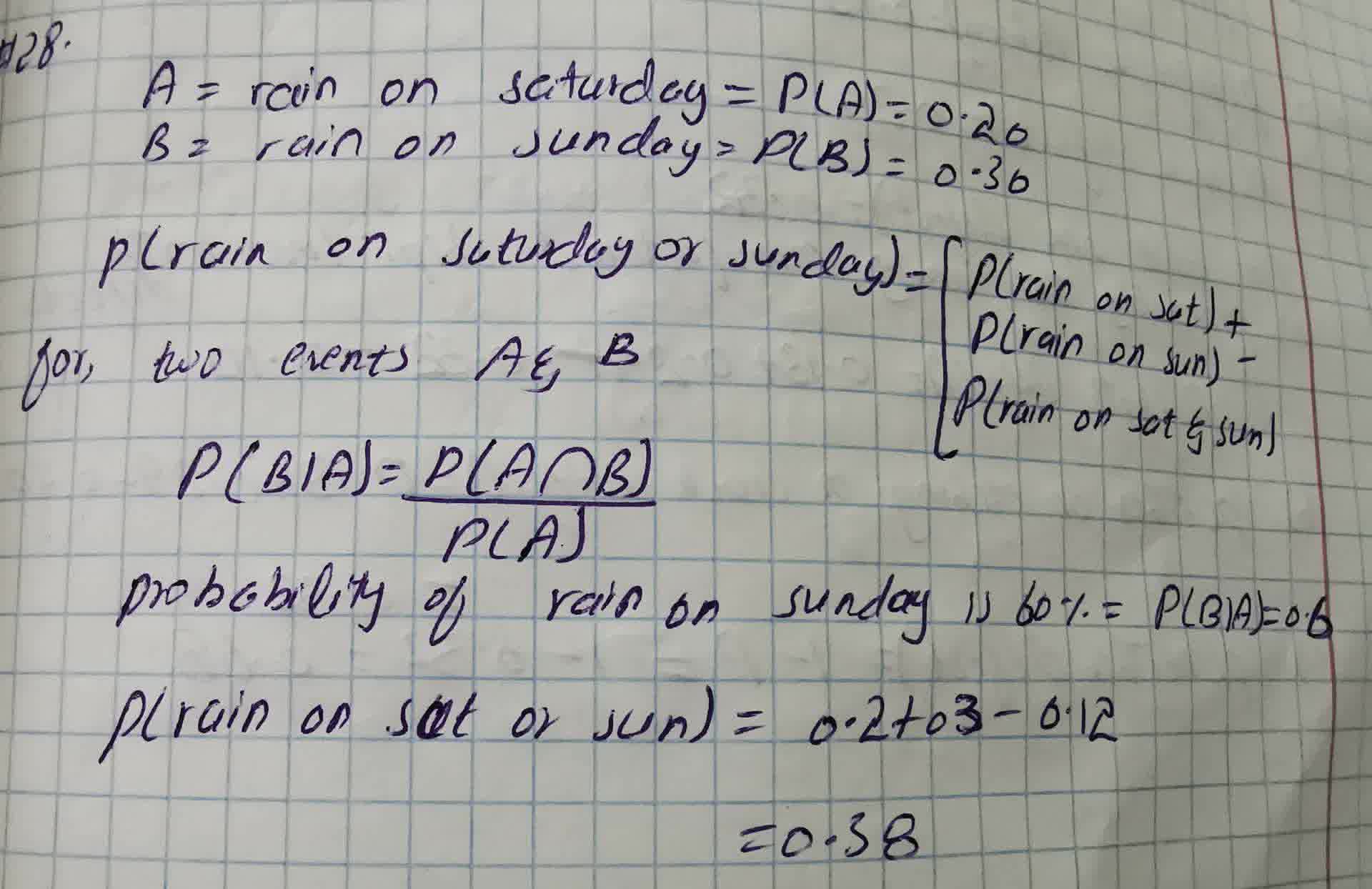 Two college friends are taking a weekend road trip. Friday they leave home and drive 87 miles north for a night of dinner and dancing in the city. The next morning they drive 116 miles east to spend a day at the beach. If they drive straight home from the beach the next day, how far do they have to travel on Sunday?

An investor plans to put $50,000 in one of four investments. The return on each investment depends on whether next year’s economy is strong or weak. The following table summarizes the possible payoffs, in dollars, for the four investments.
Certificate of deposit
Office complex
Land speculation
Technical school
amp; Strong amp;6,000 amp;15,000 amp;33,000 amp;5,500
amp; Weak amp;6,000 amp;5,000 amp;−17,000 amp;10,000
Let V, W, X, and Y denote the payoffs for the certificate of deposit, office complex, land speculation, and technical school, respectively. Then V, W, X, and Y are random variables. Assume that next year’s economy has a 40% chance of being strong and a 60% chance of being weak. a. Find the probability distribution of each random variable V, W, X, and Y. b. Determine the expected value of each random variable. c. Which investment has the best expected payoff? the worst? d. Which investment would you select? Explain.

In a bolt factory, three machines Z, F and W makes 10%, 60% and 30% respectively of the products.
It is known from the past experience that 4%, 7% and 9% of the products by each machine respectively are defective.
Now suppose that a finished product is randomly selected.
If the selected bolt is defective then what is the probability that the bolt was produced by Z machine