Troy drew the diagram below. The inner circle has a

Step 1
A circle is a special type of ellipse in which both the focal points are same. A circle is 2-D shape with a constant radius, i.e. all the points on the circumference of the circle is at a constant distance from the center and this distance is knows as the radius.
A cardioid is a plane curve traced by a point on the perimeter of a circle that is rolling around a fixed circle of the same radius.
Step 2
As both the circles have different radius, one has a radius of 2 units while the other has a radius of 5 units.
As per the rules of similarity, both the circles need to have the same radius length in order to be similar to each other.
Hence, Troy is not correct as the inner circle's radius is less than the radius of the outer circle. 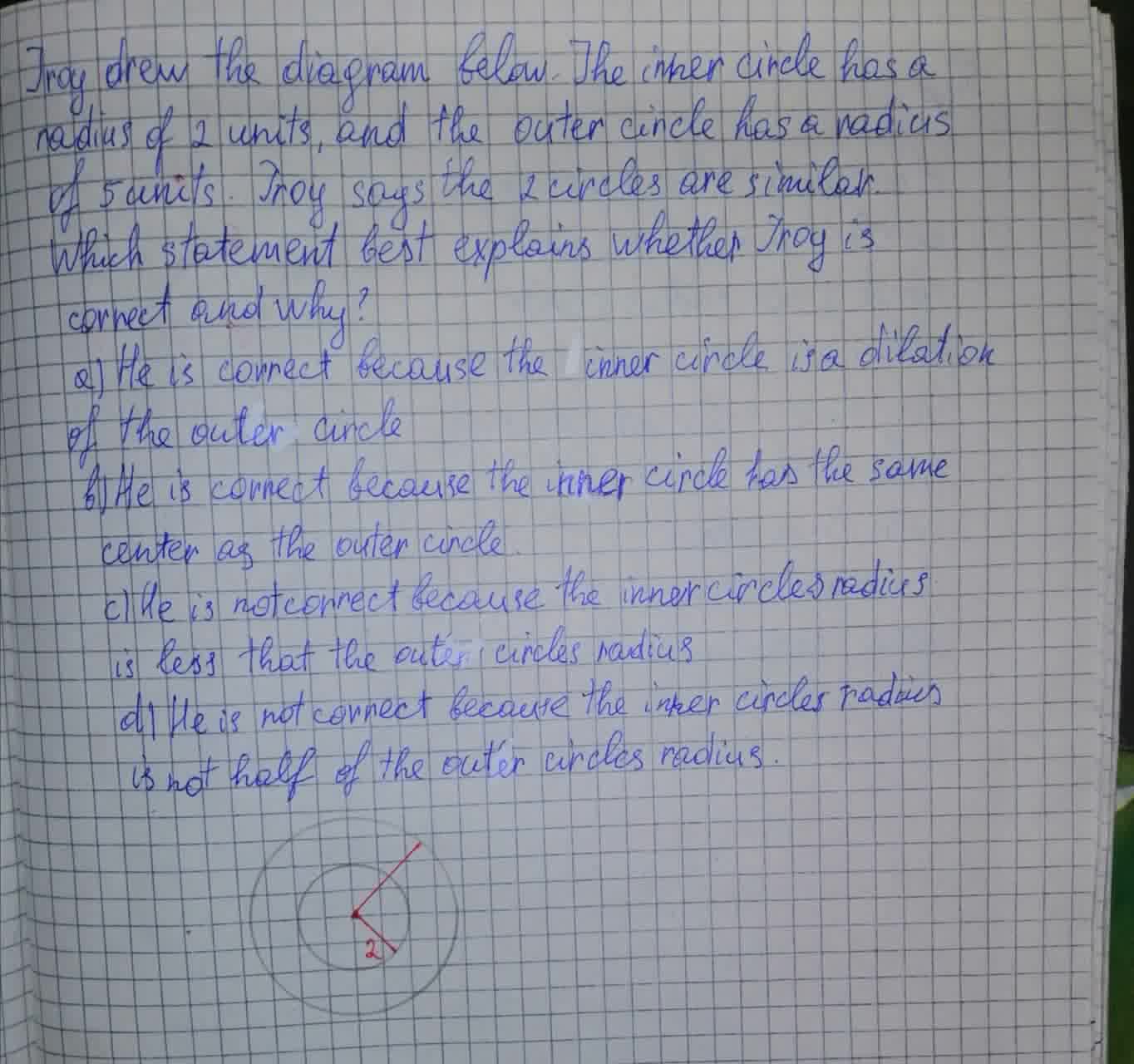 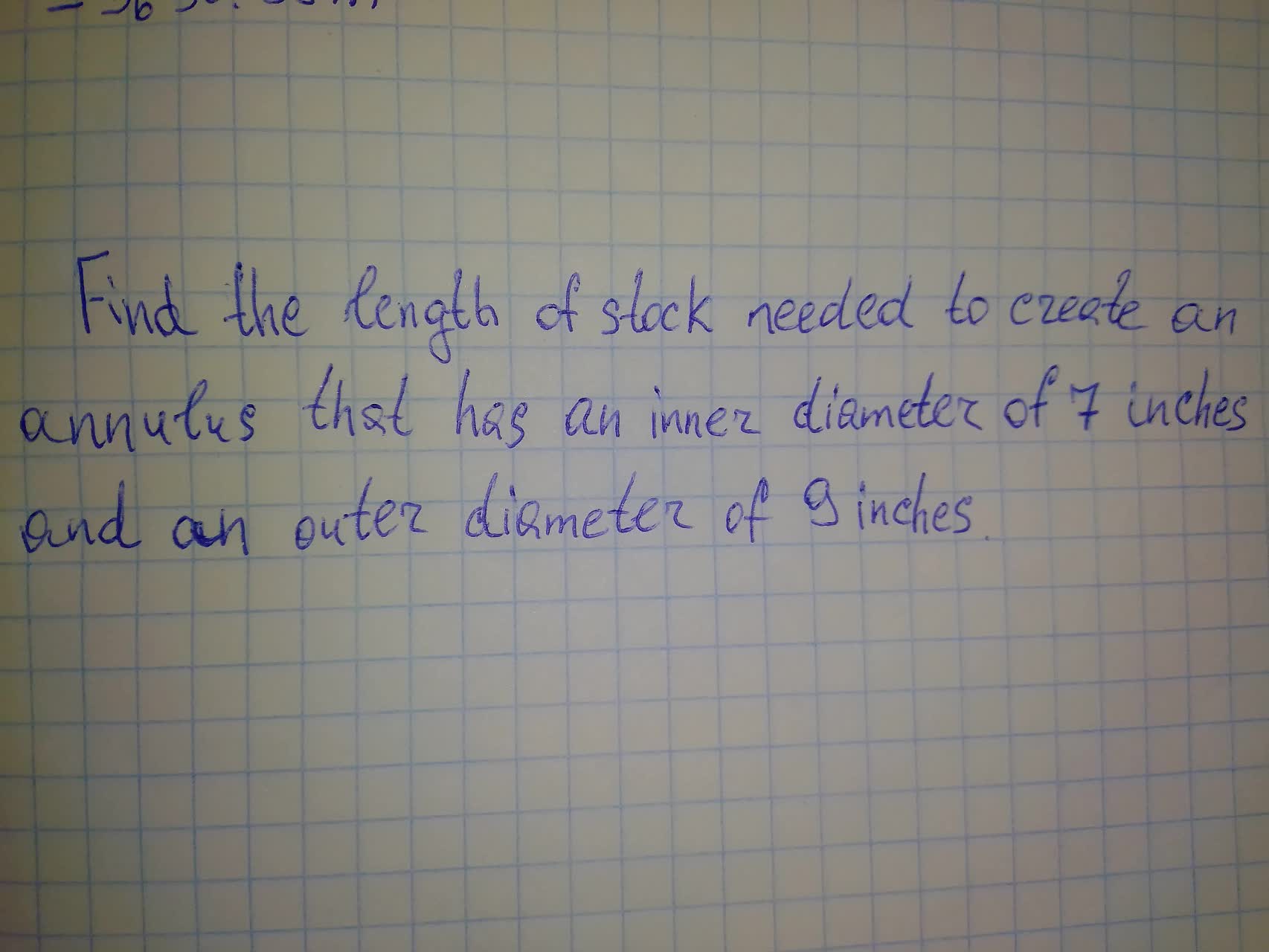 In the diagram below, there are two concentric circles (circles with the same ceter and different radii measures.) The inner circles has a radius of 20 units, and the outer circle has a radius of 23 units. Are three circles similar& Why or why not? 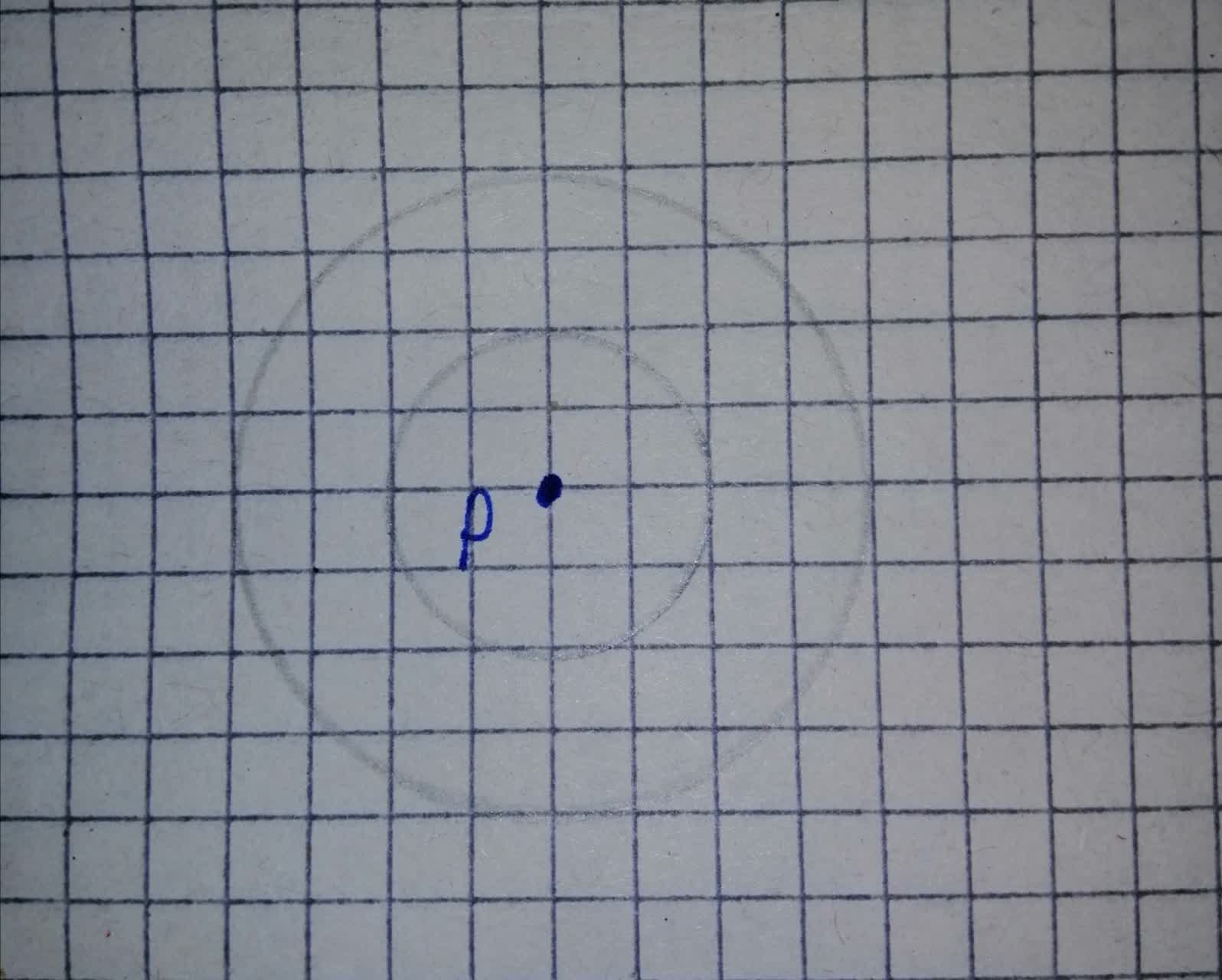 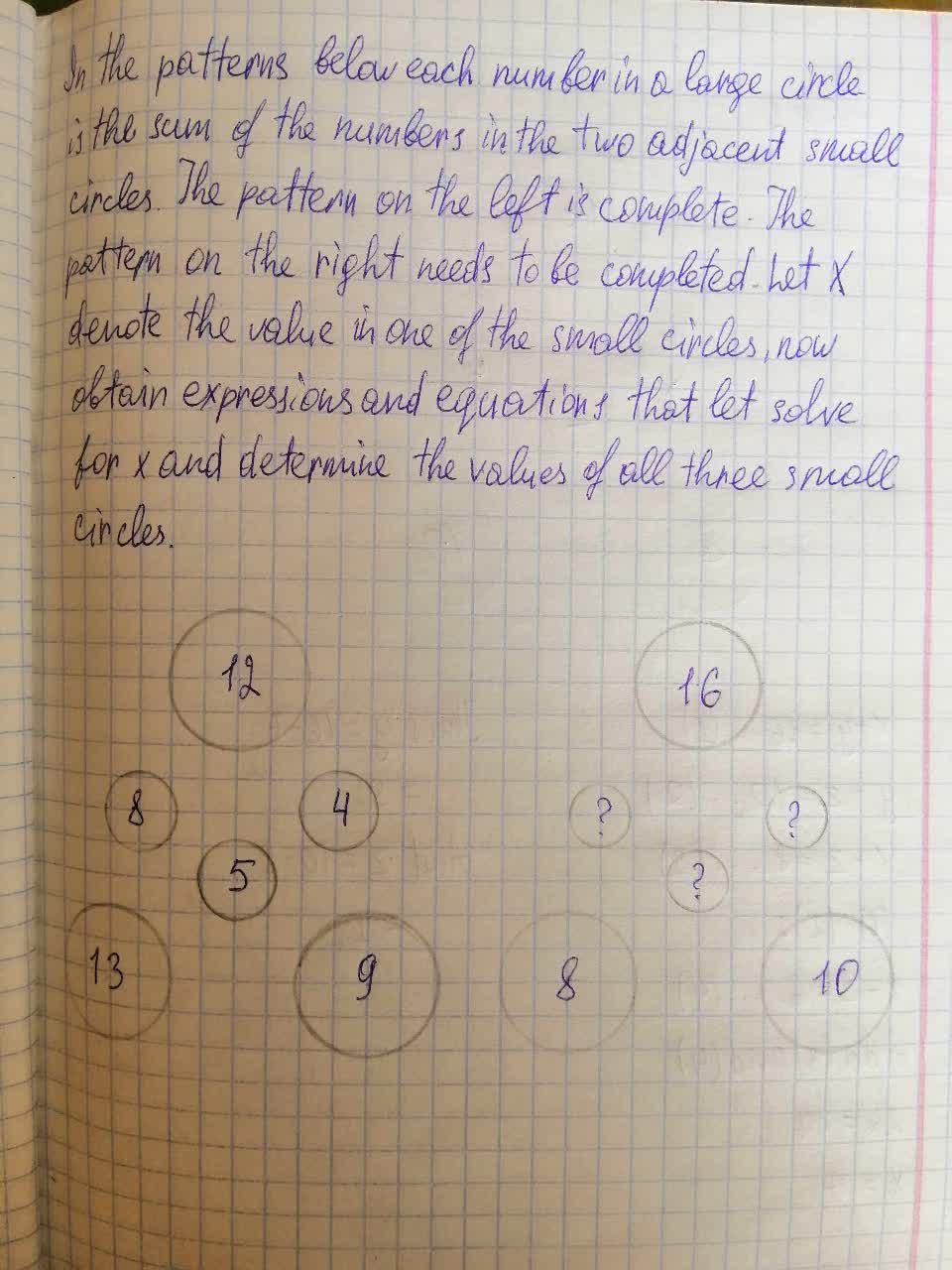