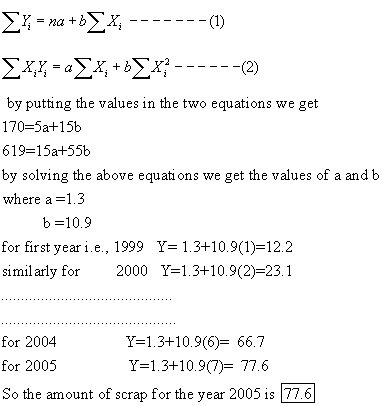 Have a similar question?

Dayton Power and Light, Inc., has a power plant on the Miami Riverwhere the river is 800 ft wide. To lay a new cable from the plantto a location in the city 2 mi downstream on the opposite sidecosts $180 per foot across the river and $100 per foot along theland.
(a) Suppose that the cable goes from the plant to a point Q on theopposite side that is x ft from the point P directly opposite theplant. Write a function C(x) that gives the cost of laying thecable in terms of the distance x.
(b) Generate a table of values to determin if the least expensivelocation for point Q is less than 2000 ft or greater than 2000 ftfrom point P.

You open a bank account to save for college and deposit $400 in the account. Each year, the balance in your account will increase \(5\%\). a. Write a function that models your annual balance. b. What will be the total amount in your account after 7 yr? Use the exponential function and extend the table to answer part b.